I work for Readify as a Software Developer in Melbourne.

This article describes how to set up a separate database migrations step in an Azure DevOps release pipeline. In order to make sure a SQL Azure database is up to date with the latest schema, this is a method that can be used and applied in an automated release pipeline.

If you want to get up and running quickly, you can configure migrations to run upon the web app startup. This method is quicker to implement but gives less visibility and control over what is and is not committed against the database. Adding the below snippet to the Startup.cs file will setup the DbContext and run migrations against the database when the app starts up.

Upon deploying your web app to Azure you want to make sure that the database migrations are run to keep your database schema up to date. Here’s a few lines that you can add into your Api .csproj file to generate an idempotent single file sql script to run on your database to update the schema.

This adds an MSBuild event after your project builds which calls the dotnet cli. It is run under the condition that you are creating a Release build. Alternatively you could remove this condition and the script would be generated on Debug builds (for when you are developing locally).

Setting up the migrations step in CI/CD

Then set up the publish step to deploy to your database. Access the variables in the release pipeline using the format $(variableName). This allows you to keep credentials secret and change them easily by storing them in one place as opposed to hard coding them into each step of the release pipeline. Variables can also be set depending on which environment you are deploying to. For example $(sqlDatabaseName) can be different for your Development, Staging and Production environments. The step will be configured based upon which environment you are deploying to. 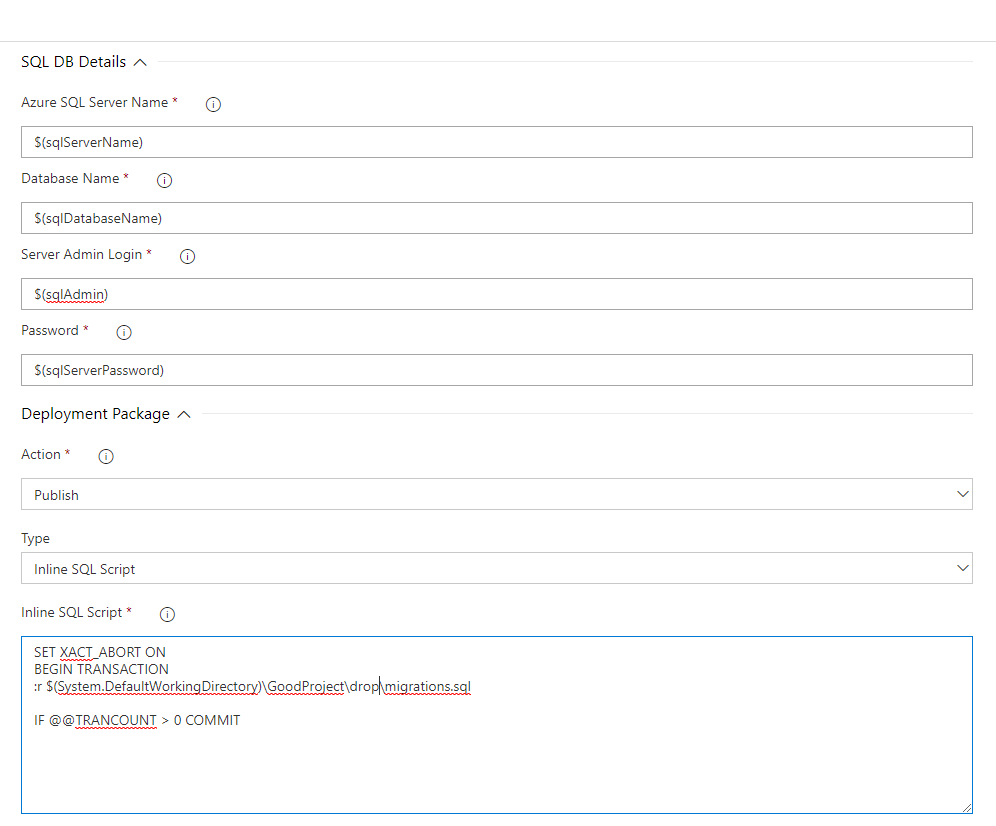 By choosing to execute an Inline SQL Script, we can add some extra settings to the generated migrations.sql file before executing it.

You may also enjoy

Recently at work I was asked to create a Power BI report to show the revenue and cost of our software products. The report will be used to analyse the curren...